How to identify and prevent mycosis and mycotoxicosis in poultry

Mycoses are caused by certain fungi that infect the tissues of the animals, particularly certain organs of the digestive tract such as the gizzard and the ileocecal valves. On the other hand, mycotoxicosis are caused by the toxins produced by fungi. Fungi synthesize these toxins on order to compete against bacteria and yeast for organic material, but, when they are present in the feed and raw materials, they can be ingested by the animals, cause lesions in the digestive tract and in the internal organs and, therefore, they worsen productive performance.

Main Aspects to Identify and Differentiate these Problems

To differentiate whether a bird is affected by mycoses or mycotoxicosis (or both), it is important to consider the following issues:

Mycotoxicoses produce different lesions depending on the mycotoxins involved (table 1). These lesions are not limited to the digestive tract since these toxins can be absorbed and damage the internal organs of the bird. Trichothecenes, such as deoxynivalenol or T2 toxin, are the type of mycotoxins that produce the lesions that are more similar to those of mycoses: they cause necrosis of the tissues of the digestive tract, mainly in the gizzard and the small intestine. 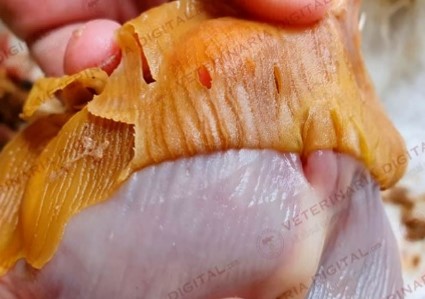 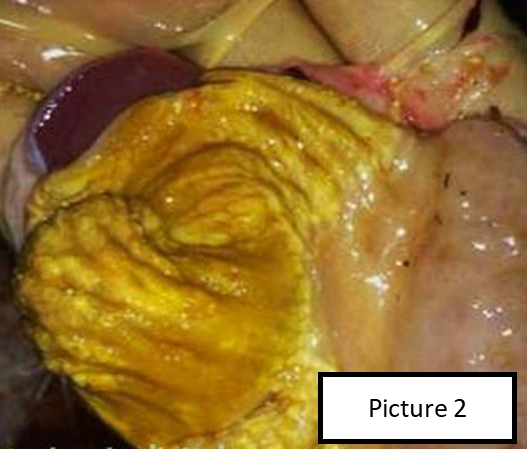 Benefits and Use of Astercide to prevent Mycosis

A successful prevention of mycosis provides several benefits in poultry farms: first, when fungi are eliminated from the feed and raw materials, the nutritional quality of these substrates remains more intact; secondly, the fungi will not reach the organism and cause lesions in the digestive tract, nor will they worsen productive performance. Besides, if fungi are eliminated from the feed, they will not be able to produce new mycotoxins, hence, only the mycotoxins present in the crops will reach the animals.

CIDE is the most recommended product to eliminate fungi and, generally, to preserve feed nutritional and microbial quality. It is a natural preservative for feed and raw materials that is highly effective in eliminating the bacteria and fungi to maintain feed’s nutritional quality and eliminate feed pathogens that may infect the birds.

The inclusion of ASTERCIDE in the feed has a positive impact on performance and helps to prevent and treat mycoses and bacterial dysbiosis, such as necrotic enteritis.

What about Mycotoxicoses? Learn about Igedes

Despite eliminating fungi from the feed and raw materials, mycotoxins can still be present, as they are also synthesized in the crops, prior to the harvest. Eliminating them from the feed is not a

feasible option, because they are highly resistant to temperature and chemical treatments.

Ultimately, the best way to prevent the negative consequences of mycotoxin intake is to use an effective mycotoxin binder, such as IGEDES. The structure of this silicate-based binder makes it highly efficient in binding a broad spectrum of mycotoxins to achieve a complete protection, irrespectively the types of mycotoxins present in the feed.

Table 1. Types of mycotoxins, effects on poultry and examples.

Would you like to know more about ASTERCIDE and IGEDES?

If you would like to know more about how to protect poultry against mycoses and mycotoxicoses with ASTERCIDE and IGEDES please visit ASTERIVET’s webpage at www.asterivet.com, or contact ASIAN BIOTECHNOLOGY Ltd., the distributor of ASTERIVET’s products in Asia, through www.asian-biotechnology.com.